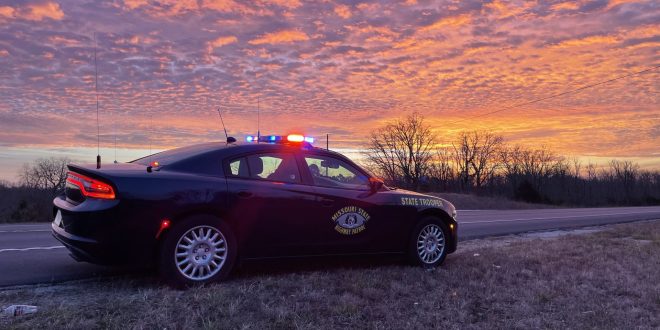 While there were no serious injuries, the response was declared as a “major incident” due to 28 people on the bus. Rescue tools had to be used to remove the occupants from the heavily-damaged bus.

Missouri state troopers say the incident happened at about 2:35 am, when the bus driver fell asleep. Troopers say the bus traveled off Highway 54, then went across the westbound lanes of 54 before hitting a house, shed and fence. The Patrol’s crash report says the bus driver, a 62-year-old Boonville man, and his 12 passengers suffered minor injuries.

Missouri state troopers say the bus that crashed overnight on Highway 54 near Eugene happened when the driver fell asleep.

The Missouri State Highway Patrol has posted its crash report, which says the 62-year-old driver from Boonville fell asleep at about 2:35 this (Thursday) morning.

Troopers say the bus traveled off the left side of Highway 54, traveled through a median, hit a ditch, traveled across the westbound lanes of 54, hit another ditch and then struck a house, shed and fence. The Patrol’s crash report says the driver and his 12 passengers suffered minor injuries. Ten of the 12 passengers are from Jefferson City and two are from Russellville. Most are minors.