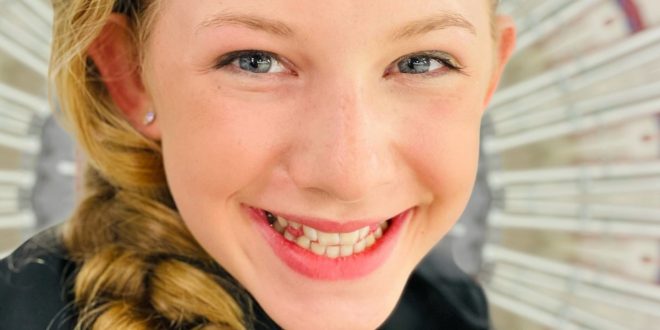 A 14-year-old student from mid-Missouri’s Wardsville who scored a perfect 36 on her ACT credits the hard work she put into practice tests for helping her score.

“I took so many practice tests. I cannot even tell you how many hours I put into the practice tests. But even though they’re not required and no one’s making me do them and I don’t even get a grade for doing them, it really does pay off to learn the content that’s going to be on the tests,” Fleury tells 939 the Eagle.

She has a 4.0 GPA and is also a 50-time event champion in ice sports industry competitions. Fleury wants to attend Mizzou next fall and pursue a career in medicine. Ava should be starting her freshman year in high school, but she’ll graduate from Mizzou Academy online high school in May.

“I hope to attend the University of Missouri and major in some kind of science, probably biochemistry or bio-engineering. I also want to minor in music, because I’ve been playing the piano for seven years,” says Fleury.

Ava has earned superior marks for her solos during National Federation of Music Club competitions each year. She’ll take a full load of college classes this fall through a dual enrollment program. Ava has been homeschooled by her mother, Ann.

The family lives in Wardsville. Her parents credit the community for supporting their daughter’s efforts.

“Whether it be Blair Oaks. They’re been extremely accommodating to her during her career in academics. Mizzou Academy, they’ve helped her out a lot. They have great teachers that are available online and if she has any questions,” father Sam Fleury tells 939 the Eagle.