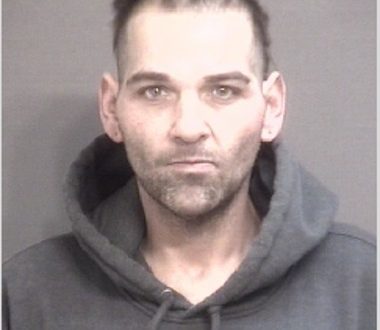 This is a January 17, 2022 booking photo of 37-year-old Blain Johnson of Columbia,, at the Boone County Jail (photo courtesy of Boone County Sheriff's Department)

The Boone County Sheriff’s Department has identified the suspect killed in Sunday’s deputy-involved shooting as 37-year-old Blain Johnson of Columbia.

The sheriff’s department says deputies spotted his vehicle on Sunday morning at about 10:30 near the Lake of the Woods. Deputies say the vehicle was connected to a possible kidnapping. Deputies tried to pull Johnson’s vehicle over near Lake of the Woods on Sunday morning, but he fled. The sheriff’s department says Johnson’s vehicle ended up in a field near Rangeline and Richland roads east of Columbia, where Johnson got out. Deputies say Johnson allegedly displayed a weapon and that a deputy fired in response to Johnson’s actions. Johnson was struck by gunfire and was pronounced dead at the scene.

The Missouri State Highway Patrol is now handling the investigation, at the request of the Boone County Sheriff’s department.