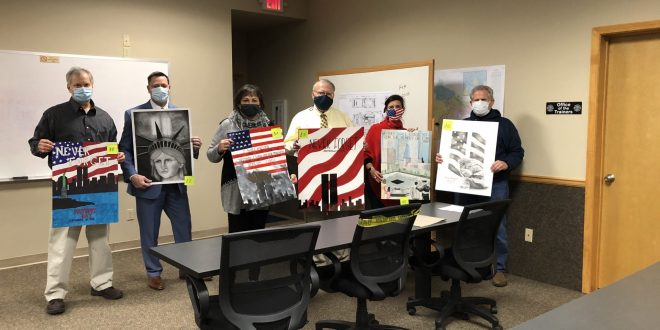 2,977 names of those killed in 9-11 terror attacks to be read Friday evening in Jefferson City

Bagpipers from the Pipe and Drum Corps will be performing Amazing Grace during tonight’s opening ceremony of Missouri’s Patriot Day events in Jefferson City.

The opening ceremony starts at 7 pm on the Capitol’s south lawn, with a reading of the 2,977 names of those who gave their lives on 9-11. Taps will also be performed.

Parking will be available in the Truman Building parking lots this evening, after 5.

Big crowds are also expected Saturday in Jefferson City for numerous events for Missouri Patriot Day, at and near the State Capitol.

Tomorrow morning’s events begin at 8:30 with the Stephen Siller Tunnel to Towers 5K run/walk on the Capitol’s south steps. You’re invited to run or walk alongside fire responders, veterans and active military personnel.

A Patriots Day parade will begin tomorrow at noon, at Broadway and High. The parade will include bands, first responders and military units.

After the parade, Missouri’s Division of Fire Safety will conduct its 9-11 Memorial Stair Climb inside the Jefferson Building

Previous ‘He’s a nut’: Trash talk and tall tales with the Oregon Duck and Brutus Buckeye
Next Football, firemen and cops — and what it means to never forget 9/11