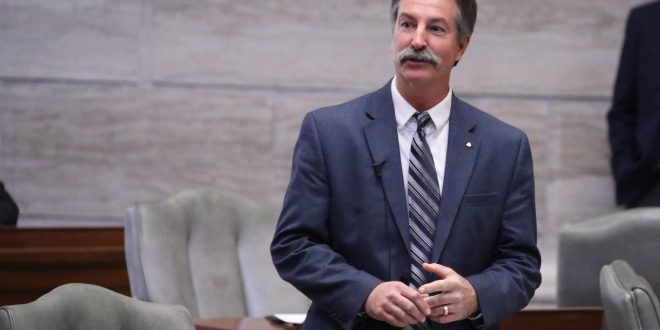 Supporters of a 7-1 Missouri GOP congressional map plan to rally Tuesday at the Missouri Capitol in Jefferson City.

The Senate Conservative Caucus has tweeted that that gathering begins this morning at 10, with the rally beginning at noon. Freedom Convoy supporters are being told to bring blankets and food and warm clothes.

The Senate remains in a stalemate over the controversial issue of congressional redistricting, and has voted 24-8 against the 7-1 map. Supporters of 7-1 say Missouri is a bright-red state, while Republicans who favor a 6-2 map worry a 7-1 map will end up in the courts.

The Senate met on Lincoln’s birthday on Friday, a state holiday, and held a very rare Saturday session as a filibuster by the Senate Conservative Caucus continues.

The Missouri Senate will gavel-in this afternoon at 2.