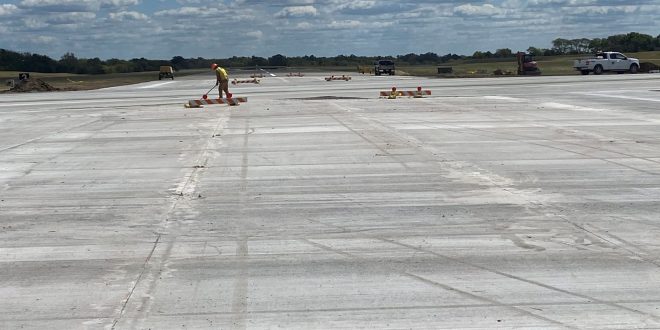 Airport manager: United will be back at Columbia Regional Airport; flights to Charlotte likely to happen

Columbia Regional Airport’s (COU) manager says the $23-million new terminal project at COU is expected to be completed by the summer of 2022.

“You know I think about when ball teams fly in. I’ve seen when we’ve had diverted aircraft fly in and people come in they go ‘where in the world are we at. We’re out in the middle of nowhere at an outdated facility,'” Parks says.

The main funding source for the new airport terminal is a hotel tax that Columbia voters approved in 2016. The Federal Aviation Administration and the state Department of Transportation (MoDOT) are also providing funding.

Meantime, United Airlines’ recent decision to indefinitely suspend flights at Columbia Regional Airport (COU) involves pilot and staffing shortages, according to Parks. He tells 939 the Eagle’s “CEO Round Table” that the decision is not permanent, adding that COU has a great relationship with United.

“United will be back. It’s all about timing and getting things right with their business. But they had to make that decision and unfortunately, we were on that list,” says Parks.

United will suspend flights at Columbia Regional in January, and Parks says their last flight will be on January 3. That’s a Monday. United currently operates two daily flights from Columbia to Chicago O’Hare. COU is one of eight airports impacted by United’s indefinite suspension.

Mr. Parks also says flights from COU to Charlotte are likely to happen, adding that they’re having conversations with American Airlines about Charlotte. He tells host Fred Parry that Charlotte is an important region, with Mizzou being in the Southeastern Conference (CEO).

COU has received an $800,000 federal grant for twice-daily service to Charlotte, and Columbia’s city council has approved the proposed agreement.