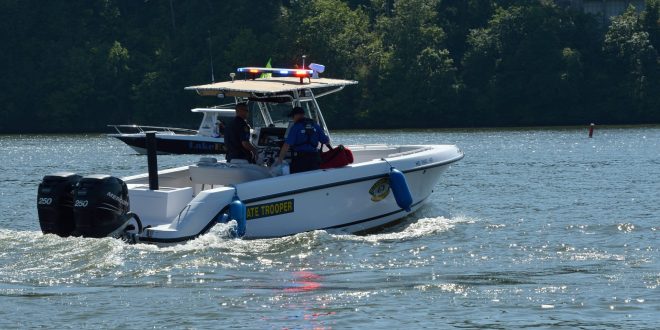 All available Missouri state troopers are on the roads, waterways for Fourth of July weekend

Friday is expected to be a major travel day across Missouri, as travelers drive to their Fourth of July holiday destinations.

Missouri State Highway Patrol Lieutenant Eric Brown says every available trooper is on the road and water today and throughout the weekend. He’s urging you to pay attention to the job of driving.

“Put your cell phone down, avoid distractions in your car. Pay attention, plan your trips ahead. Obey the traffic laws,” Brown says.

The holiday fatality counting period begins this evening at 6 and runs through Monday night. Seven people were killed and another 532 motorists were injured during Missouri’s 2021 Fourth of July holiday counting period.

Lieutenant Brown tells 939 the Eagle that troopers are participating in Operation Dry Water at Lake of the Ozarks and other waterways.

“All available water personnel will be out and watching for boating violations that are indicators of an impaired operator, in an attempt to stop those boats and remove impaired operators from the waterways as well,” says Brown.

He says troopers will also be offering assistance to boaters as needed. Brown is also reminding boaters that it’s illegal to discharge fireworks from a vessel.

“Lots of bad things can occur from that from personal injury. You can cause a fire on the boat, fumes in the boat engine can cause you issues,” Brown says.

Troopers say there were 12 boating crashes in Missouri during the 2021 Fourth of July holiday, resulting in eight injuries and one fatality.