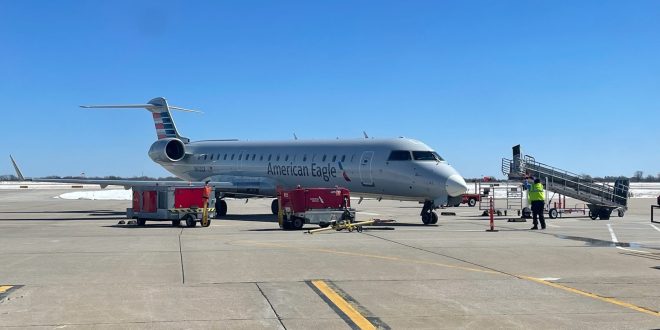 Columbia Regional Airport’s (COU) manager says the pilot shortage is impacting every airline and every airport in the nation, including COU.

Mike Parks says American Airlines’ announcement this week that they’re reducing flights by 17 percent in November will impact COU for a brief time.

“For a portion of November, they’ve actually reduced the schedule (at COU) by one to Dallas. And so we’ll have two daily flights outbound to Dallas instead of three,” Parks says.

COU has been at five flights for some time: three to Dallas-Fort Worth and two to Chicago.

“Capacity is an issue even today, even with five flights. Having enough seats for everybody that wants to fly. So a reduction of one flight will have an impact on the number of people going out of Columbia,” says Parks.