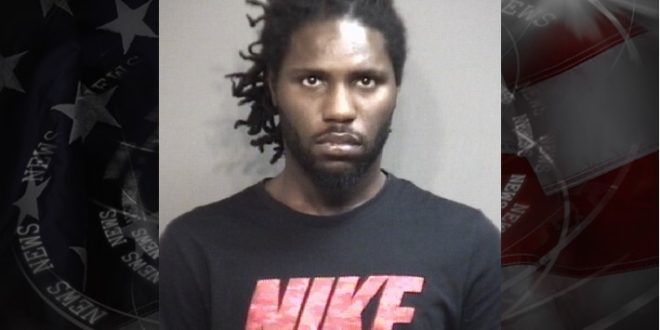 One man is in jail after a car chase in north Columbia.

Police say the chase started when they served a search warrant at an apartment on Oakland Gravel Road near Lange Middle School on Tuesday. Joseph Luckett, 25, allegedly ran from the apartment to a car and took off.

Spike strips slowed the car down off Smiley Lane on Gallant Fox Drive. Investigators say Luckett tried to run for it. A helicopter kept an eye on him until he was arrested.

Luckett allegedly had two stolen guns and an ounce of heroin on him.