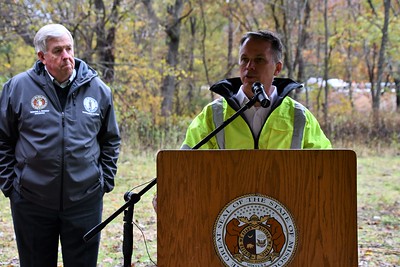 Boone County’s presiding commissioner says a Tuesday groundbreaking ceremony is being planned for the $240-million I-70 Rocheport bridge project. The ceremony is set for 11 am at Les Bourgeois winery.

Missouri has received an $81-million federal grant to replace the deteriorating bridge, which was built in 1960. The state Department of Transportation (MoDOT) says more than 12 million vehicles cross that bridge annually, including three million trucks.

Boone County Presiding Commissioner Dan Atwill notes Columbia and Boone County have both contributed $2 million to the project. Atwill tells 939 the Eagle that the local funding was crucial to receiving the grant.

Previous Penn State at Iowa for Big Ten control, the Red River Rivalry and more to watch in Week 6
Next A giant beer can on its side: Why the Kibbie Dome is college football’s weirdest stadium