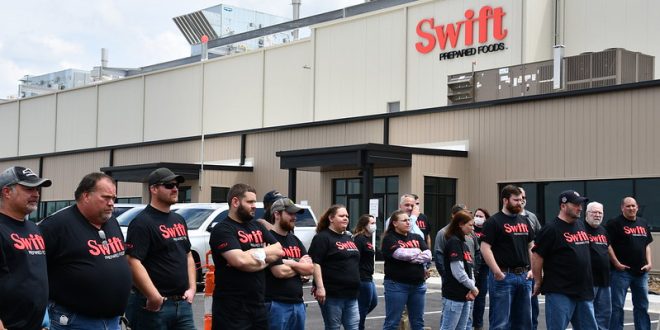 Columbia-based Emery Sapp and Sons is one of the biggest construction companies in mid-Missouri and statewide. They have about 2,500 employees and are involved in numerous major projects in Columbia, including the $200-million new Swift Foods plant that will open this spring on Route B. They’re also involved in the major Midway Golf and Games project and the Old Hawthorne North development. Emery Sapp and Sons recently celebrated its 50th anniversary. Vice president Brian Burks joined host Fred Parry in-studio for the hour Saturday morning on 939 the Eagle’s “CEO Roundtable.” They discussed the Swift project, Governor Parson’s plan to three-lane I-70 across Missouri and the challenge of finding employees. They also talked about the company’s history and a man named Billy Sapp, who started the company in 1972 with one backhoe: