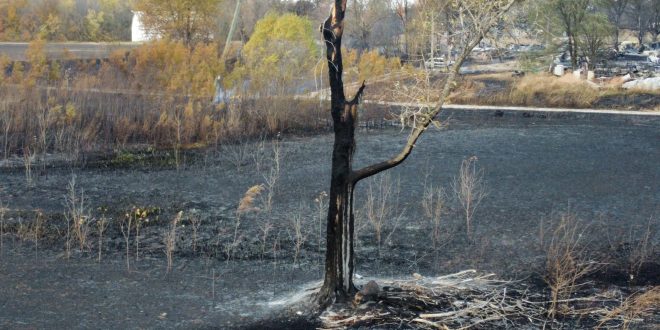 State Rep. Tim Taylor (R-Speed) worked for the Columbia Fire Department for more than 20 years before being elected to the state Legislature from the Boonville area. Representative Taylor’s district includes the village of Wooldridge, and he spent Saturday in town speaking to residents impacted by the large natural cover fire. Representative Taylor tells 939 the Eagle’s “Wake Up Mid-Missouri” that Wooldridge’s church, post office and community building have been saved. But he says everything south of Highway 179 has been destroyed, adding he’s never seen anything like the four-mile long fire wall. The massive fire closed heavily-traveled I-70 for two hours on Saturday due to low visibility from the heavy smoke: