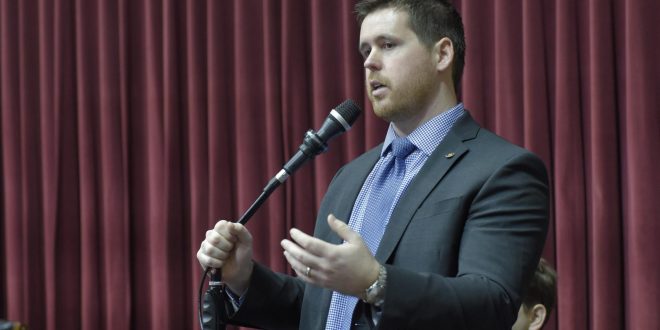 Missouri Republicans will now control every statewide office for the first time in a century, according to state auditor-elect Scott Fitzpatrick. The Shell Knob Republican defeated former State Rep. Alan Green (D-Florissant) in the auditor’s race, which was an open seat. Fitzpatrick tells 939 the Eagle’s “Wake Up Mid-Missouri” that few of Missouri’s 525 school districts have been audited recently by state auditors. Fitzpatrick intends to change that, saying two-thirds of Missouri children are not proficient in math and science while record funding goes to public schools: