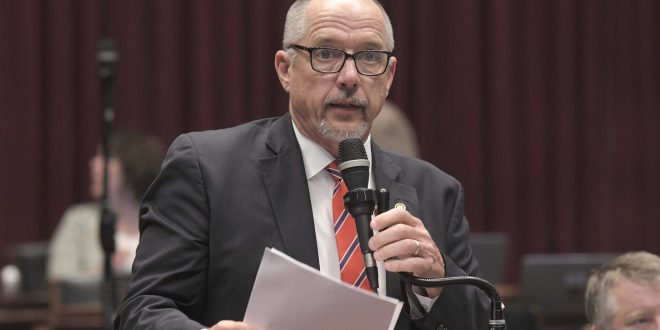 A new congressional redistricting map that’s been approved by a Missouri House committee is a solid 6-2 GOP map, and puts more Republican voters in U.S. Rep. Ann Wagner’s (R-Ballwin) district. It also keeps U.S. Reps. Cori Bush (D-St. Louis) and Emanuel Cleaver’s (D-Kansas City) districts solidly blue. There are several changes in mid-Missouri, under the proposed new map. Part of Columbia and Boone County and all of Cooper and Moniteau counties would move to U.S. Rep. Blaine Luetkemeyer’s (R-St. Elizabeth) district, under the map. That would impact Ashland, Boonville and California. State Rep. Chuck Basye (R-Rocheport), who serves on the House Special Committee on Redistricting, tells 939 the Eagle’s “Wake Up Columbia” that he’s cautiously optimistic the new map will be approved by lawmakers next week. He says if the courts get involved, it will not be good for people who think like him, meaning conservative Republicans:

Previous UPDATE: Elderly Jefferson City man with Alzheimer’s is located and being treated for exposure
Next Heavy rains have closed about a dozen roads in the Jefferson City area