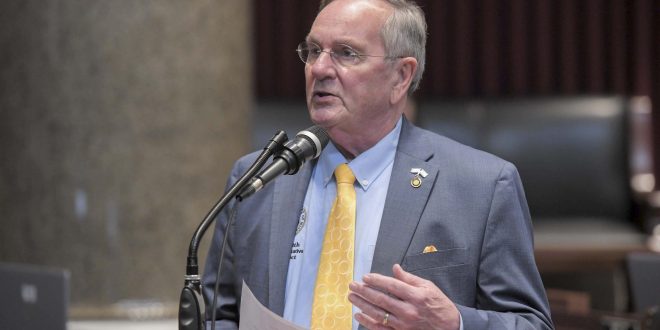 State Rep. Dave Griffith (R-Jefferson City) chairs the Missouri House interim committee on veteran mental health and suicide. The committee held its first meeting this week in Jefferson City, and Chairman Griffith says it became so emotional that some veterans had to leave the Capitol hearing room in tears. The chairman joined us live on 939 the Eagle’s “Wake Up Columbia”, noting that Missouri leads the nation in veteran suicides. Griffith emphasizes the issue is bipartisan, and that he will invite former soldier and former Democratic Secretary of State Jason Kander to testify at the August 31 hearing. Mr. Kander is now with the Veterans Community Project in Kansas City: