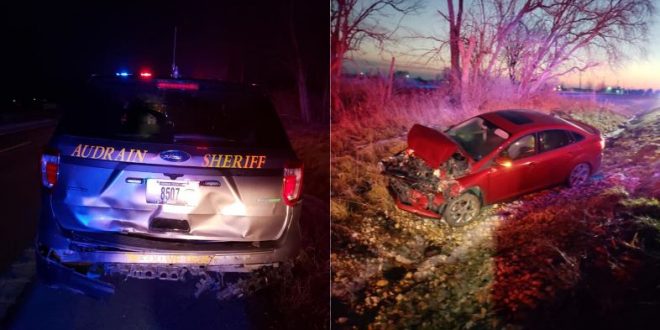 An Audrain County deputy is recovering after a car crashed into his patrol vehicle while he was on duty.

Sheriff Matt Oller says Justin Landis, 43, was stopped on Highway 54 waiting to turn into Van-Far High School in Vandalia when a car rear-ended him at about 4:50 p.m. Thursday.

Deputy Landis apparently has neck and back pain, but should be ok. The Highway Patrol lists his injuries as minor. His patrol SUV is totaled. The Vandalia woman driving the car, 50-year-old Holly Willoughby, also has minor injuries.

“Given the circumstances, we’re thankful that all we need to deal with at this point is bent up cars,” Sheriff Oller said in a department Facebook post.