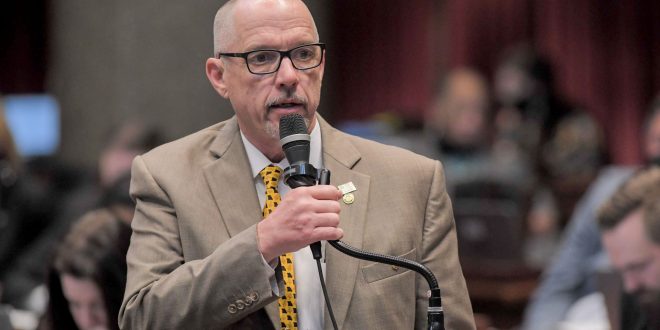 State Rep. Chuck Basye (R-Rocheport) outlined his concerns with courses being taught at Hickman High School, during the meeting. Chairman Basye tells “Wake Up Columbia” that he has been attacked by some in the community since September, when he called on CPS Superintendent Dr. Brian Yearwood to resign.

Basye says he hopes for future meetings with Superintendent Yearwood and Mr. Horn.

He also wants the Columbia School Board to air the music video “This is America” at its November board meeting, saying the video shown at Hickman features gun violence and murder. Hickman’s principal says the teacher had a warning by the video and that no students were forced to watch it.

“And I think that if it’s okay to show to children in the classroom setting, then it’s okay for the public to watch that four-minute video at a school board meeting. I think that’s totally appropriate,” says Basye.

Hickman’s principal says the video was part of a lesson that was not taken for a grade.