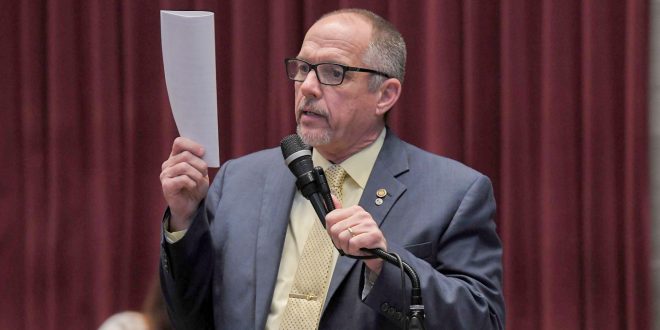 House Elementary and Education Committee Chairman Rep. Chuck Basye (R-Rocheport) tells 939 the Eagle that he will pre-file legislation this morning to allow the recall of school board members. He’ll also file a separate bill establishing a petition process for citizens to try to force school boards to place an item on their meeting agenda.

Today is the first day of pre-filing for Missouri’s 2022 session, which begins on January 5 in Jefferson City.

Missouri lawmakers approved the bipartisan gasoline tax last year:  it increases Missouri’s gas tax by 2.5 cents per gallon for five years, for a total of 12 cents. It was the first gas tax increase in 25 years in Missouri

Previous Why Thursday is the best nonconference game day of the women’s college basketball season
Next ‘I want it more than anyone’: How Aidan Hutchinson’s bet on himself is paying off