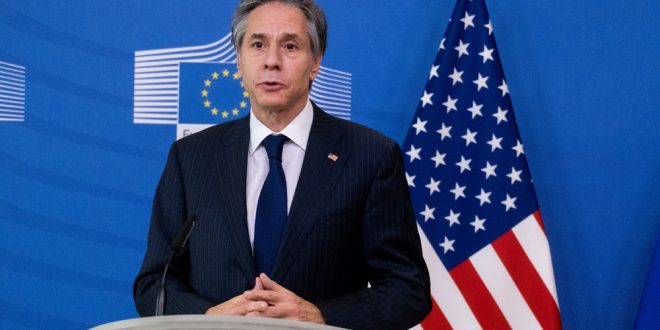 (AP) — U.S. Secretary of State Antony Blinken is making an unannounced visit to Afghanistan to sell Afghan leaders and a wary public on President Joe Biden’s decision to withdraw all American troops from the country.

Blinken was meeting separately with Afghan President Ashraf Ghani, his governing partner Abdullah Abdullah, and civic figures, a day after Biden announced that the remaining 2,500 U.S. soldiers in Afghanistan would be coming home before the 20th anniversary of the Sept. 11 terrorist attacks that led to the U.S. invasion.

His trip also came after NATO immediately followed suit, saying its roughly 7,000 non-American forces in Afghanistan would also be departing within a few months.