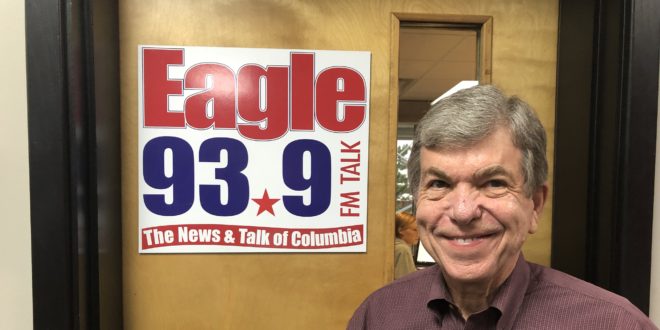 Alex Azar on Tuesday asked for $2.5 billion to help limit the spread of the virus.

The Associated Press reports 57 Americans have been infected by the new virus. About 2,800 people worldwide have died, mostly in China.

More from the AP:

But with troubling outbreaks now emerging in Italy, South Korea and Iran, and U.S. health officials warning Tuesday it’s inevitable it will spread more widely in America, the question is: Did the world use that time wisely and is it ready for a potential pandemic?

Some countries are putting price caps on face masks to combat price gouging, while others are using loudspeakers on trucks to keep residents informed. In the United States and many other nations, public health officials are turning to guidelines written for pandemic flu and discussing the possibility of school closures, telecommuting and canceling events.

Countries could be doing even more: training hundreds of workers to trace the virus’ spread from person to person and planning to commandeer entire hospital wards or even entire hospitals, said Dr. Bruce Aylward, the World Health Organization’s envoy to China, briefing reporters Tuesday about lessons learned by the recently returned team of international scientists he led.

“Time is everything in this disease,” Aylward said. “Days make a difference with a disease like this.”

China locked down tens of millions of its citizens and other nations imposed travel restrictions, reducing the number of people who needed health checks or quarantines outside the Asian country.

It “gave us time to really brush off our pandemic preparedness plans and get ready for the kinds of things we have to do,” Fauci said. “And we’ve actually been quite successful because the travel-related cases, we’ve been able to identify, to isolate” and to track down those they came in contact with.

With no vaccine or medicine available yet, preparations are focused on what’s called “social distancing” — limiting opportunities for people to gather and spread the virus.

That played out in Italy this week. With cases climbing, authorities cut short the popular Venice Carnival and closed down Milan’s La Scala opera house. In Japan, Prime Minister Shinzo Abe called on companies to allow employees to work from home, while the Tokyo Marathon has been restricted to elite runners and other public events have been canceled.

Is the rest of the world ready?

In Africa, three-quarters of countries have a flu pandemic plan, but most are outdated, according to authors of a modeling study published last week in The Lancet medical journal. The slightly better news is that the African nations most connected to China by air travel — Egypt, Algeria and South Africa — also have the most prepared health systems on the continent.

India’s health ministry has been framing step-by-step instructions to deal with sustained transmissions that will be circulated to the 250,000 village councils that are the most basic unit of the country’s sprawling administration.

Vietnam is using music videos on social media to reach the public. In Malaysia, loudspeakers on trucks blare information through the streets.

In Europe, portable pods set up at United Kingdom hospitals will be used to assess people suspected of infection while keeping them apart from others. France developed a quick test for the virus and has shared it with poorer nations. German authorities are stressing “sneezing etiquette” and Russia is screening people at airports, railway stations and those riding public transportation.

In the U.S., hospitals and emergency workers for years have practiced for a possible deadly, fast-spreading flu. Those drills helped the first hospitals to treat U.S. patients suffering from COVID-19, the disease caused by the virus.

Other hospitals are paying attention. The CDC has been talking to the American Hospital Association, which in turn communicates coronavirus news daily to its nearly 5,000 member hospitals. Hospitals are reviewing infection control measures, considering using telemedicine to keep potentially infectious patients from making unnecessary trips to the hospital and conserving dwindling supplies of masks and gloves.

The CDC’s Messonnier said Tuesday she had contacted her children’s school district to ask about plans for using internet-based education should schools need to close temporarily, as some did in 2009 during an outbreak of H1N1 flu. She encouraged American parents to do the same, and to ask their employers whether they’ll be able to work from home.

“We want to make sure the American public is prepared,” Messonnier said.

How prepared are U.S. hospitals?

“It depends on caseload and location. I would suspect most hospitals are prepared to handle one to two cases, but if there is ongoing local transmission with many cases, most are likely not prepared just yet for a surge of patients and the ‘worried well,’” Dr. Jennifer Lighter, a pediatric infectious diseases specialist at NYU Langone in New York, said in an email.

In the U.S., a vaccine candidate is inching closer to first-step safety studies in people, as Moderna Inc. has delivered test doses to Fauci’s NIH institute. Some other companies say they have candidates that could begin testing in a few months. Still, even if those first safety studies show no red flags, specialists believe it would take at least a year to have something ready for widespread use. That’s longer than it took in 2009, during the H1N1 flu pandemic — because that time around, scientists only had to adjust regular flu vaccines, not start from scratch.

The head of the World Health Organization, Tedros Adhanom Ghebreyesus, said the U.N. health agency’s team in China found the fatality rate between 2% and 4% in the hard-hit city of Wuhan, the virus’ epicenter, and 0.7% elsewhere.

The world is “simply not ready,” said the WHO’s Aylward. “It can get ready very fast, but the big shift has to be in the mindset.”

Aylward advised other countries to do “really practical things” now to get ready.

Among them: Do you have hundreds of workers lined up and trained to trace the contacts of infected patients, or will you be training them after a cluster pops up?

Countries must improve testing capacity — and instructions so health workers know which travelers should be tested as the number of affected countries rises, said Johns Hopkins University emergency response specialist Lauren Sauer. She pointed to how Canada diagnosed the first traveler from Iran arriving there with COVID-19, before many other countries even considered adding Iran to the at-risk list.

If the disease does spread globally, everyone is likely to feel it, said Nancy Foster, a vice president of the American Hospital Association. Even those who aren’t ill may need to help friends and family in isolation or have their own health appointments delayed.

“There will be a lot of people affected even if they never become ill themselves,” she said.