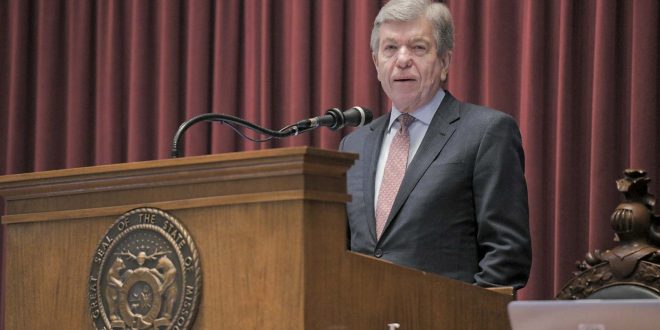 He says the debates that take place daily in the Missouri House chamber in Jefferson City closely resemble debates on Capitol Hill.

“The discussion you have every day has probably more of a resemblance to the national debate than any other legislative body, except the national body (Congress). I think our state is that reflective of what the country is all about,” says Blunt.

Blunt notes there are major differences between northern Missouri, southwest Missouri and the Bootheel, along with the state’s largest cities.

Blunt also thanks Missouri House members in both parties for their willingness to serve. He walked onto the House floor to shake hands with state representatives in both parties.