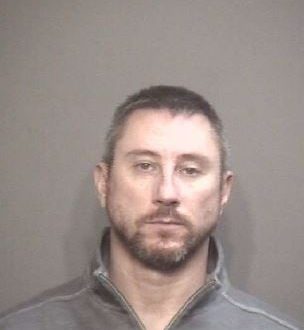 Boone County sheriff’s deputies say the long-term boyfriend of a Fulton teacher has now been charged for the murders of her and her 11-year-old daughter near Columbia.

45-year-old JT McLean, who has several aliases, is charged with two counts of first degree murder. He has not been captured, and deputies say the motive for the killings is unknown.

Deputies say McLean is an over-the-road trucker with ties to Columbia and Fulton, as well as Las Vegas, Chicago and Minnesota. Anyone with information on McLean’s whereabouts is asked to call Crimestoppers at (573) 875-TIPS.

McLean has also been known to shave his head bald in the past, according to deputies.

Meantime, the ex-wife of the Fulton truck driver charged with killing his girlfriend and her daughter near Columbia says she’s been in hiding, since the murders. The ex-wife spoke to ABC-17 News by phone, telling a reporter that she’s not surprised by the charges.

The ex-wife’s new husband tells KMIZ that suspect JT McLean has previously threatened to stab him in the face and has “threatened to break every finger he had.”

A vigil is planned for Thursday evening in Fulton for 43-year-old Allison Abitz and her daughter Josie. Fulton School officials tell the Eagle that tonight’s vigil begins at 7 at Southside Baptist Church. It’s open to the public.

The district says the community must try its hardest to band together, and to be there for one another. The victims were found dead Sunday night inside their home on Lavender Drive in Boone County.