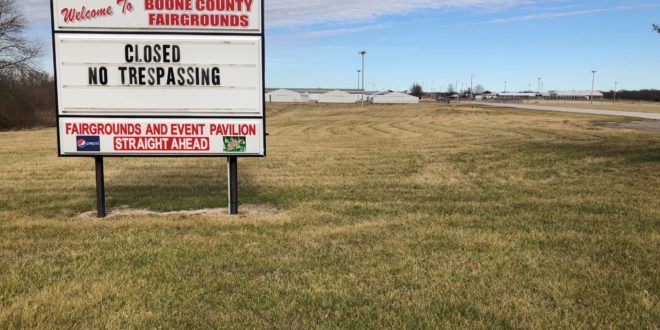 The Boone County Fair will not happen this year.

The fair board announced the cancellation of the July event Friday afternoon. President Jeff Cook says he was working on a smaller, safer fair plan with county health officials when he got an email from Columbia city manager John Glascock saying the event was canceled.

“We were gearing up for all of that activity to take place, and then last week we kind of got the rug pulled out from underneath us,” Cook said.

Board members say they are working on an alternative event for kids to show off their livestock and art.

Glascock said in a statement Friday he will need to see the safety plans for the fair to happen next year.

“Before we host the fair in the future, we’ll need to have discussions with the Boone County Fair Board about what the processes and procedures might look like. The special events process will also need to be followed and approved by City Council,” Glascock said.

The city also does not officially take over control of the fairgrounds from Boone County until the likely council vote to approve the deal on June 15, which would have led to a tight window to approve any fair plans.

The Wake Up Columbia interview with Cook: