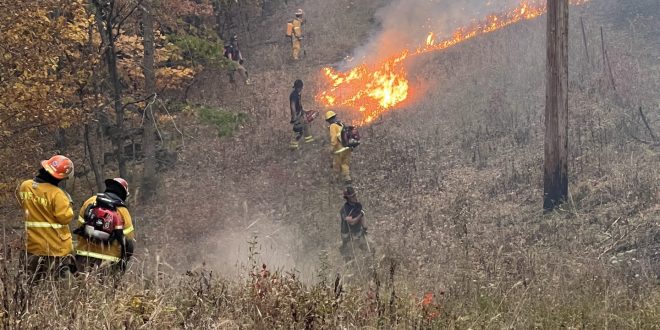 Boone County Fire Protection District officials are strongly advising against any open burning until conditions change. Those conditions would be significant moisture, higher humidity’s and much calmer winds.

Boone County Fire assistant chief Gale Blomenkamp says the natural cover on the ground is extremely dry, adding that leaves are falling in the woods. He describes these conditions are a recipe for disaster.