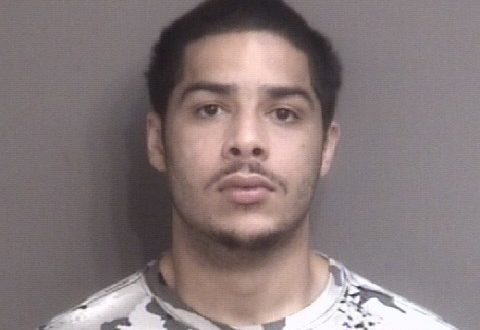 We learned new details on Friday afternoon about the strategy of Boone County prosecutors in a high-profile Columbia case involving a bomb threat.

26-year-old Alexzander Scott Green of St. Joseph allegedly threatened to bomb the KinderCare on Ash in mid-May. He’s charged with making a terrorist threat and with harassment and is jailed without bond.

The May incident forced the evacuation of 70 children and 18 KinderCare employees.

939 the Eagle News was in the courtroom on Friday afternoon when Green appeared in-person, shackled and handcuffed and under tight guard. Assistant prosecutor Marilyn Ferris told Boone County Circuit Judge Joshua Calvin Devine that she is working to subpoena Green’s cell phone records. Counselor Ferris requested more time, noting an employee who had been working with her on the subpoena request had taken another position.

After the alleged bomb threat, Green was captured in Atchison, Kansas, about 20 miles from northwest Missouri’s St. Joseph. He was then extradited back to Missouri.

Our news partner ABC-17 reports court documents allege that Green has a history of calling and harassing KinderCare.