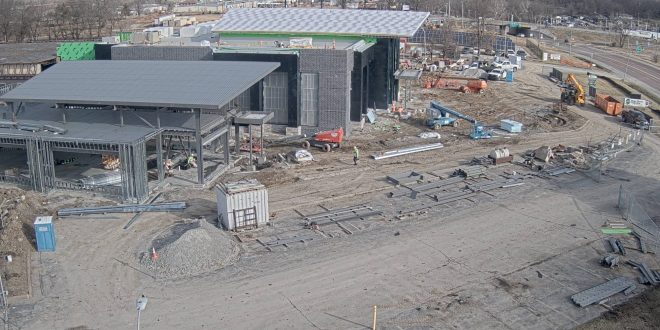 Coil Construction is managing the massive project at Rangeline and I-70.

Boone Electric spokeswoman Meredith Hoenes says the large and small vehicle garages are complete. She says their vehicle maintenance buildings should be done by the end of the month, if not by next week. Ms. Hoenes also tells 93 the Eagle that the community room building is still under construction.

She expects the project to be finished by late summer or early fall.

Missouri’s first electric cooperative has moved its annual meeting from July to September 15th, so they can use the brand-new facilities being built at Columbia’s Rangeline and I-70 for the drive-through event.

Boone Electric began with 140 members in 1936 and now has more than 30,000 members in Boone, Audrain, Callaway, Howard, Monroe and Randolph counties.