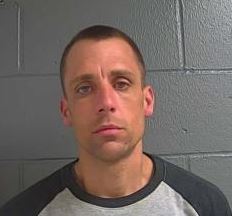 Samuel Gourley, 37, was on parole for burglary, stealing, property damage and other related crimes. A warrant for his arrest for absconding parole was issued by the Missouri Department of Corrections on March 26.

Deputies said they were patrolling near Auxvasse and Hatton on March 27. During the patrol, a deputy pulled Gourley over for a traffic violation near the intersection of County Road 245 and County Road 282.

He was arrested and taken to Callaway County Jail, where he’s being held without bond. He’s set to be returned to the custody of the Missouri Department of Corrections.