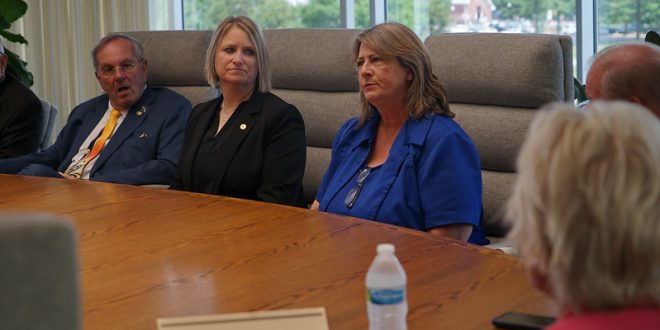 Missouri’s governor is confident that the GOP-controlled Legislature will approve the two items in his special session call: the largest tax cut in state history and a six-year extension of farm tax credits.

Governor Mike Parson (R) says state general revenues are up 20 percent over last year and that sales and use tax money is up 13 percent.

“The way things are with inflation, groceries, all of the things, health care, rent, gas, farmers, diesel, fertilizer. I mean you can almost go on down the list. Now is the time to give money back to people that they put in there in the first place,” Parson tells 939 the Eagle.

Under the governor’s plan, the first $16,000 in earned income for Missouri single filers and the first $32,000 for joint filers would be tax-free.

The special session will likely take place during the September veto session.

Previous Velasquez pleads not guilty to attempted murder
Next Christian McCaffrey longs for candles, 49ers try to get along, Joe Burrow staying engaged