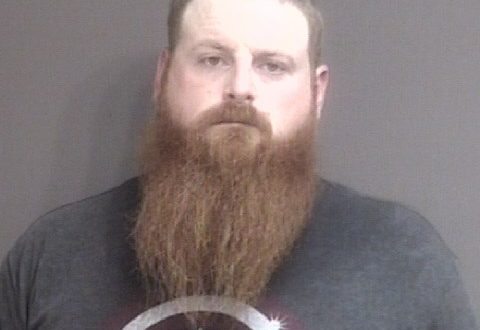 Two Centralia mothers say a Boone County man charged with enticement or attempted enticement of a child is a threat to children. The mothers spoke at Tuesday’s emotional court hearing at the Boone County Courthouse for 33-year-old David Hoppock of Centralia, who’s currently jailed without bond.

The Centralia Police Department’s probable cause statement alleges that Hoppock initiated contact this month on social media with a girl he believed was 12 years old.

939 the Eagle was in the Columbia courtroom, where the two mothers also told Judge Tracy Gonzalez that Hoppock is a threat to society. Hoppock, who appeared via video, looked straight down as the mothers spoke, shaking his head no when he was described as a threat to children. He also appeared to be sobbing.

Hoppock’s attorney, Jessica Caldera, tells Boone County Judge Gonzalez that Hoppock has lost his job over the arrest. Caldera is requesting a bond reduction, suggesting that Hoppock be placed on GPS monitoring, receive treatment and be allowed to live with his parents in Centralia. Caldera also tells the court that she’s open to Hoppock being banned from the internet, if he’s released on bond.

Judge Gonzalez will take the issue up on Tuesday, August 30.