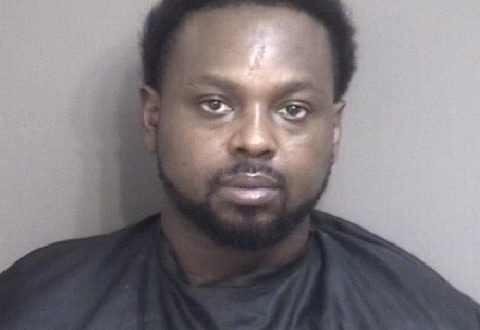 A Columbia man charged with killing a woman and her grandmother this weekend has made his initial arraignment and remains jailed without bond today.

Boone County prosecutors have charged 35-year-old Cadilac Derrick with two counts of second degree murder for the shooting deaths of 22-year-old Lea’johna Sanders and 53-year-old Laura Myers. 939 the Eagle News was at the Boone County Courthouse on Monday when Derrick was arraigned via video, wearing a jail jumpsuit. He displayed little emotion, telling Judge Tracy Gonzalez that he intends to hire an attorney.

Court documents say Derrick and Sanders had an infant son, and indicate Sanders called 911 late Saturday night to say Derrick had been abusing her. Sanders told the dispatcher that Derrick would not leave her house and that he told her if she didn’t stay with him, he was going to kill her and her mother. Multiple gunshots were then heard on the 911 call, according to the Columbia Police Department’s probable cause statement. The court documents say the dispatcher could then hear Derrick saying “now what bitch,” after Sanders had been shot.

Derrick was captured this weekend in Moberly. He remains jailed without bond.