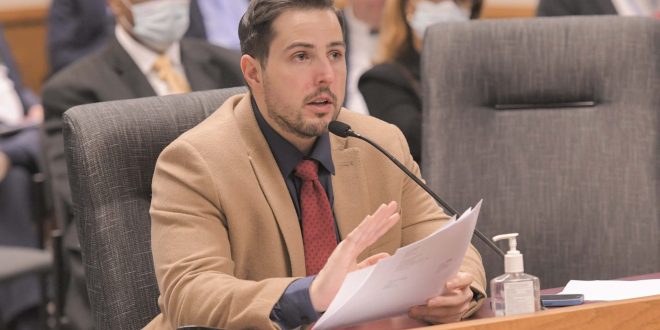 A bill to legalize sports wagering in Missouri is now before a House committee in Jefferson City.

The House Special Committee on Public Policy held a recent hearing on the bill from State Rep. Phil Christofanelli (R-St. Peters). He tells 939 the Eagle’s “Wake Up Columbia” that his bill, House Bill 2556, would bring in millions of dollars in revenue for Missouri education and infrastructure needs.

“The fiscal note on my bill estimates a positive impact for Missouri revenues of around $15 million,” Christofanelli says.

“Mr. Dewitt appeared in-person last week and gave about an hour’s worth of testimony about how this would impact not only his operation with the Cardinals out in St. Louis but also the St. Louis region generally,” says Christofanelli.

There is opposition to the bill from Bob Priddy of the National Steamboat Museum in Jefferson City. The Missouri Coalition for Video Lottery has testified against it as well.

Click here to listen to the full “Wake Up Columbia” interview with Representative Christofanelli,