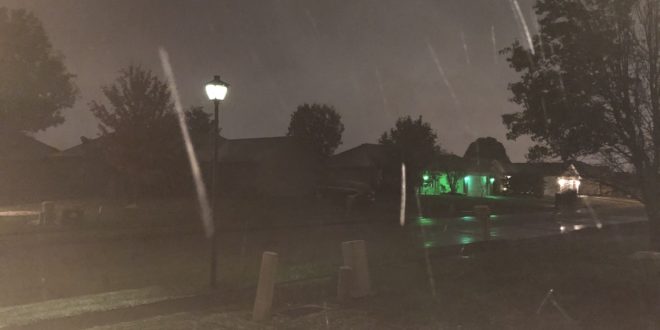 Were you dreaming of a white Halloween? Too bad.

Police in towns north of Interstate 70 like Moberly and Macon reported some slide-offs as roads got slick because of winter-like precipitation starting Wednesday night. Crews in Columbia and other local towns were out early Thursday morning treating roads.

Meteorologist Lewis Kanofsky with the National Weather Service office in St. Louis says to keep skin covered up from the cold, especially since we are not used to freezing temperatures yet.

“I would suggest if you can find some clever ways to work some warmer clothing into your costume that would be a good plan.”

Forecasters expected temperatures in the low to mid 20’s on Halloween night.

NWS said we may set the mark Thursday for the coldest high temperature on Halloween in Columbia’s recorded history. The high was 39 degrees in 1993.