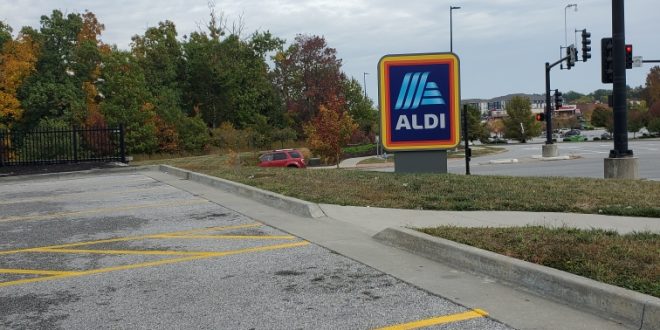 This is the sign outside the popular ALDI grocery store on Columbia's East Green Meadows (October 11, 2022 photo from 939 the Eagle's Brian Hauswirth)

Columbia getting its third ALDI grocery store in highly-visible location

One of America’s fastest-growing retailers is building its third Columbia grocery store near the Wal-Mart on Conley, close to Highway 63.

Officials at the city familiar with the site tell 939 the Eagle that a new ALDI is what is being built in that highly-visible location. ALDI currently has two Columbia stores: on East Green Meadows road and on the Business Loop.

The ALDI website says that with 2,200 stores in 38 states, it’s on track to become the nation’s third-largest grocery retailer by December.