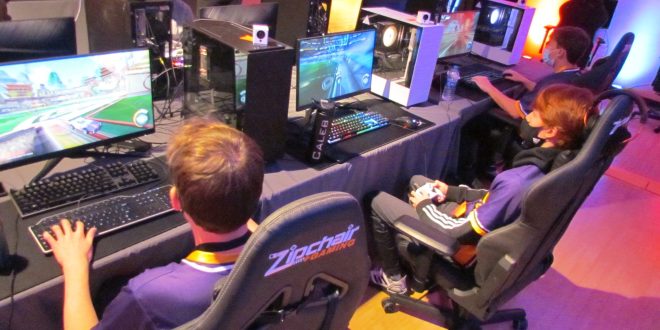 It is the final four in Missouri high school Esports, and Hickman’s eight players are participating. Hickman and players from Christian Brothers Academy, Blue Springs and Hannibal are square off in a game called “overwatch,” which is a team-based video game where teams compete to capture points and secure objectives.

Hickman’s players have gone through an eight-week season that began with 38 schools. Only the final four are left.

Saturday’s event is from 10 am until 5:30 pm at Stephens’ Kimball ballroom.

You can purchase tickets to the event by visiting the mosef.org website.