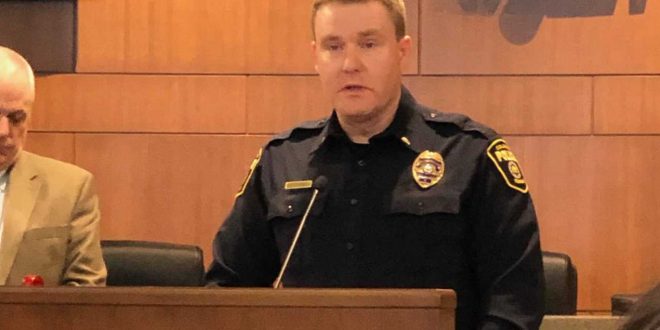 Jones has been with CPD 20 years. He grew up in Columbia, and has spent most of his career with the department.

Jones replaces Ken Burton, who resigned soon after he was placed on administrative leave last month.

“Policing must be built on trust. I recognize the need to grow together, heal together, and learn together. I hope you see this as a great opportunity. I sure do,” Jones said Tuesday.

Jones says he has the backs of CPD officers, and will be meeting with them for ideas.

“We have had pretty substantial issues with communication internally, and until we get that addressed, it will be difficult to address transparency outside of the department.”

Glascock noted Jones’ work with community policing as a positive. Jones earned some notoriety in 2016 when he bought a battery for a woman whose car died then drove her to work.

Jones says he would be interested in pursuing the police chief role permanently, if things go well while he has the interim role.

“That’s something I would entertain, but we’re not there yet.”

The city council has hired a search firm to find its new permanent city manager in the next couple months.

The next city manager will hire the next permanent police chief.