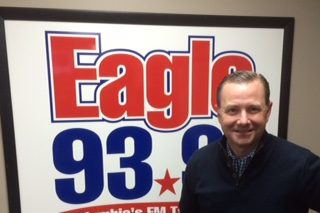 Columbia Mayor Brian Treece announced this afternoon that he’s not seeking re-election in 2022. Treece made the announcement at a City Hall briefing, telling reporters the mayor position isn’t compatible with upcoming job responsibilities for him. Treece works full-time as a lobbyist. He helped guide the city during the pandemic, and was Governor Parson’s guest at the 2020 State of State Address in Jefferson City. He worked with the governor that fall on a special session for witness protection funding. He’s also championed improvements that are now underway at Columbia Regional Airport (COU). He has said that more flights at COU bring more economic development opportunities.