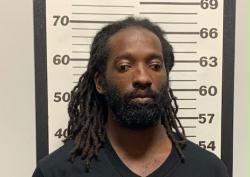 Columbia murder suspect was paroled from prison in September

The search continues for a Columbia parolee who’s charged with this weekend’s homicide in the 800 block of Grand Avenue.

35-year-old Isaac Bryant is charged with second degree murder and armed criminal action for the death of Demetrius Ware, who was shot to death.

Anyone with information on his whereabouts is urged to call Columbia Crimestoppers at (573) 875-TIPS.

If he’s captured, Bryant would be returned to prison to complete his sentence for robbery and assault. He also faces the new charges. The Boone County Circuit Court has denied bond for Bryant, once he’s in custody.

Columbia Police spokesman Christian Tabak told 939 the Eagle on Tuesday morning that there’s no new information in the case.