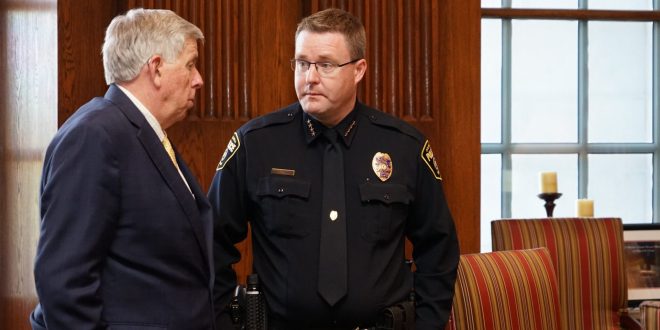 Tuesday night is your first opportunity to learn specific details about Columbia’s planned FUSUS camera proposal. FUSUS is a platform that allows citizens to decide if and how they participate.

Tonight’s informational meeting is from 6-8 at the Howard municipal building on Broadway. A second meeting is planned for tomorrow (Wednesday) night from 6-8 at the Molly Bowden neighborhood policing center on International drive.

Columbia Police say camera and camera systems that are privately owned are a great benefit to the community, and that officers often obtain video for reported crimes by conducting canvasses, which are personnel-intensive. Columbia Police say FUSUS does not identify people based on race and does not use facial recognition.

Columbia Police Chief Geoff Jones has written a four-page memo to the city council, on the FUSUS subject. He says the proposed FUSUS camera system would allow them to access information that already exists more efficiently. Chief Jones emphasizes that they don’t have the staff to conduct general surveillance, nor would they allow it.