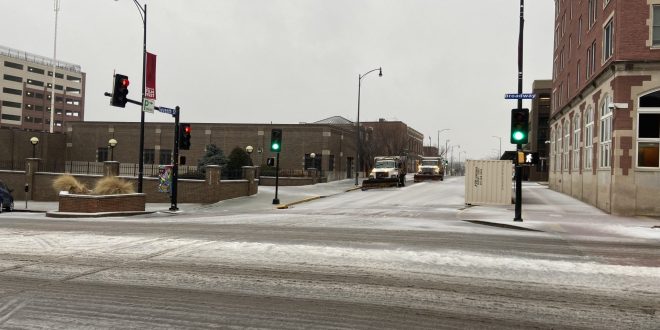 “So whenever you start off like that, you’re really cutting into the amount of moisture that would originally or maybe result in snow otherwise, and take some of that depth out a little bit,” Maples says.

Meantime, while the winter storm warning has expired, the National Weather Service (NWS) is warning that your morning commute in Columbia and parts of mid-Missouri will be difficult.  Maples notes freezing rain fell first on Thursday, followed by snow and bitterly cold temperatures.

“After an evening in the 20s and then dropping down into the single digits, any refreezing or residual snowpack or ice that’s on the roadways, especially in the rural areas and side roads, that’s still going to be a problem come morning time,” says Maples.

The temperature will warm into the 30s today, which should help road conditions.