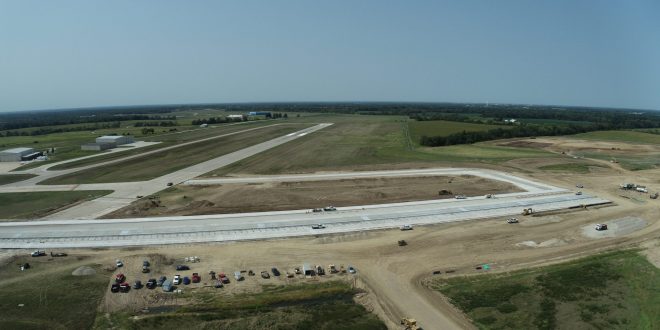 Columbia Regional’s runway extension expected to be done in about 60 days; FAA paying for entire project

Columbia Regional Airport (COU) says the $9 million runway extension project is expected to be completed by early to mid-December.

The Federal Aviation Administration (FAA) is funding the entire project, which is extending COU’s runway from 6,500 to 7,400 feet. New LED lighting is also being installed for the entire runway. COU says the extension will allow aircraft to land during inclement weather.

In addition to the runway project, contractors are also working on a $23 million new terminal project. That’s expected to be finished by 2022.