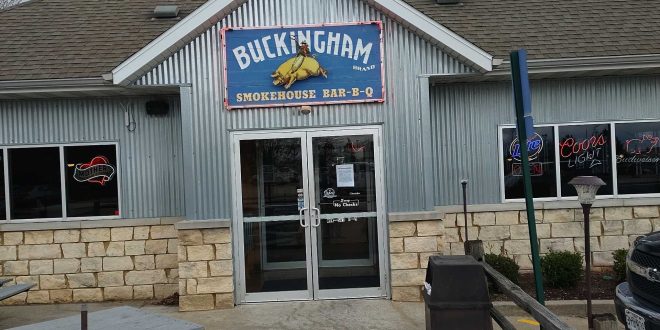 Buckingham Smokehouse is located on Buttonwood in south Columbia (March 31, 2022 photo from 939 the Eagle's Brian Hauswirth)

After 24 years in business, Columbia’s popular Buckingham Smokehouse has sold to Como Smoke and Fire.

Buckingham’s, which is located on Buttonwood, has been serving Columbia-area residents since 1998. Buckingham made its announcement on Facebook, saying Como Smoke and Fire has purchased the property for their second location expansion.

Buckingham owner Mark Brown says they’ve been fortunate to see some of the same customers for two decades.

April 16th will be the final day Buckingham’s is open for business.