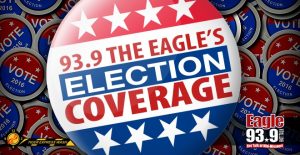 Columbia city leaders say vendors outside city limits and internet-based vendors have a competitive advantage over Columbia vendors because they don’t have to charge the local sales tax. The city council is set to vote Monday night on a proposal to place a local use tax on your April ballot.

If voters approve the proposed April ballot measure, the local use tax would be enacted on purchases from vendors outside city limits.

You may soon have an opportunity to shop, eat, go ice skating and play bocce ball in south Columbia. The council will vote tonight on a proposed development known as the “Kitchen and Discovery offices”, which would be located at Discovery Parkway and Endeavor.

While the planning and zoning commission approved the plan by an 8-0 vote, they did express concerns about the outdoor stage’s size and potential noise.