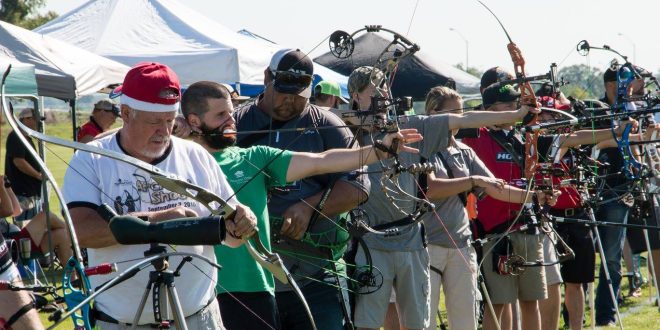 Thousands of visitors will be in Columbia this weekend and next weekend for the 38th annual Show-Me State Games.

Mayor Barbara Buffaloe is asking residents to extend warm hospitality to the guests. She tells 939 the Eagle that the games produce a ripple effect for restaurants, hotels and shops.

“We expect that we’ll see in athletes and spectators over 40,000 people coming through Columbia. And of that, you know the numbers are everywhere from like $7-million to $18-million depending on if it’s for the full year or just July alone,” Buffaloe says.

Show-Me State Games executive director Dave Fox predicts gas station and convenience stores will be packed as well during the next two weekends, as athletes and spectators purchase water and power drinks.

As for Mayor Buffaloe, she says anytime people visit Columbia and have a good experience, they’re more likely to return.

“They’re more likely to come back for an MU football game. Or when it comes time around Christmas time, to come back and remember that cute shop on 9th street that they want to get some Christmas gifts from,” says Buffaloe.

The opening ceremony, which is set for Friday evening at 7 at Mizzou Arena, is free and open to the public. It includes the popular Parade of Athletes.

This will be the 30th anniversary of then-President George Bush’s speech to open the 1992 Show-Me State Games at the Hearnes Center.  President Bush was joined that day by then-Columbia Mayor Mary Ann McCollum.

President Bush saluted the mentors, coaches, moms and dads that evening who brought out the best in children. “Thank you from the bottom of my heart and the nation’s heart for what you are doing, not just to inculcate into these kids this competitive spirit but to hold together the American family in the process,” President Bush told the audience in 1992.