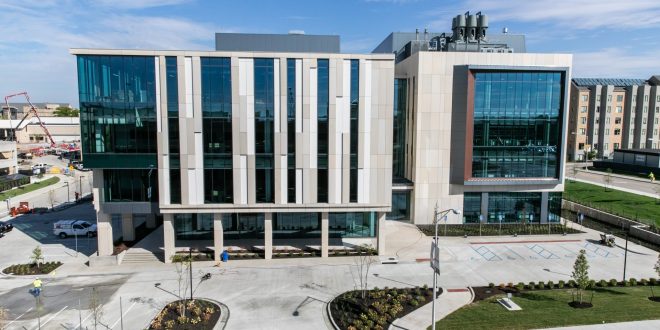 The chairman of the UM Board of Curators describes the Roy Blunt NextGen Precision Health building in Columbia as the most ambitious research initiative in the university’s history.

“In addition to the lifesaving cures, this $240-million Precision health care facility not only is going to be great news for health care, it’s good for economic development,” Treece says.

Mayor Treece predicts there will be a ripple effect from the facility.

“I mean here in Columbia, we have the opportunity to incubate lifesaving cures. But the spinoff effect for the radiopharmaceutical industry, cancer-treating drugs, veterinary medicine, biomedical engineering. All of that starts right here and it comes together with the architecture of this building and the convergence of all of these medical researchers right here in Columbia, Missouri,” says Treece.

As for Senator Blunt, he predicts NextGen will have a $5.6 billion impact on Missouri’s economy during the next 25 years.

Supporters say the facility has the capability of curing cancer and dementia.