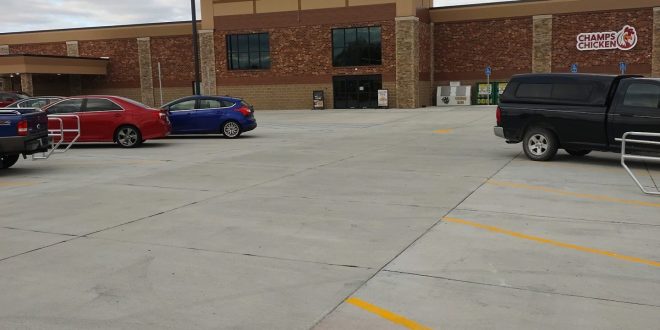 It took more than two years to build. Owner Roger Moser tells 939 the Eagle that the project was impacted by the COVID pandemic, as well as steel and labor shortages.

“When you build from the ground up, you have challenges nowadays that in the old days we didn’t have. And it was much easier (then), much simpler,” Moser says.

“We’ll meet them out there, and it’s covered and it doesn’t rain. Nobody in Columbia has a covered pickup area for groceries,” says Moser.

That covered pickup area has enough room for four vehicles. Mr. Moser is also excited about the drive-through window, which has the capability of serving breakfast, lunch and dinner.

All employees from the Business Loop store have moved to the new location, and Moser’s has also hired five new employees. An open house Tuesday evening drew more than 100 community members to the store.

Moser’s has eight locations: seven are in mid-Missouri, including three in Columbia. Moser’s also has a store in east-central Missouri’s Warrenton.