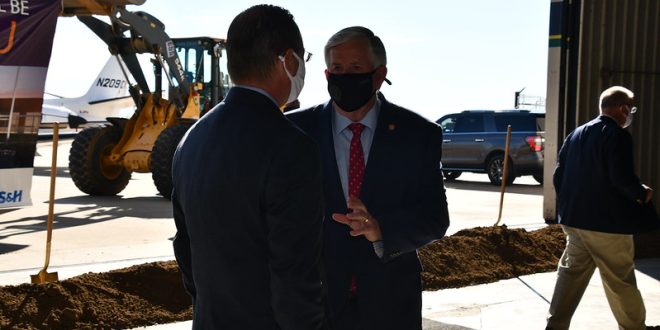 A former Columbia mayor who’s been appointed to the state Highways and Transportation Commission says he’s excited his new bipartisan and statewide role.

Brian Treece served as Columbia’s mayor from 2016 to this spring. He tells 939 the Eagle that good people can work together to make great things happen.

“When I was mayor of Columbia I saw what could happen when local, state and federal leaders work together on big infrastructure projects like the (I-70) Rocheport bridge or the Columbia Regional Airport (COU) terminal. We were able to make generational investments in this infrastructure,” Treece says.

Treece can’t think of a larger generational investment than the massive 240-million dollar new I-70 Rocheport bridge project. The current deteriorating bridge was built in 1960, and four-million trucks cross the bridge each year.

The state Highways and Transportation commission is a six-member board that governs MoDOT. Mr. Treece says the opportunity to serve on the commission is critical as investments continue to be made in Columbia and statewide.

“The Highways and Transportation Commission is not just about our highways. It’s about our airports and aviation, our ports, railroad, mass transit. Even our waterborne commerce like rivers and barges, all is under the constitutional authority of the state highway and transportation commission,” says Treece.

Governor Mike Parson has appointed Mr. Treece to a six-year term. Treece’s appointment requires Senate confirmation, which could take place during the September veto session in Jefferson City. The highway commission website lists Treece as a Democrat. Senate Majority Leader Caleb Rowden (R-Columbia) tells 939 the Eagle that he will sponsor Treece’s nomination in the Senate, adding that “he will do a great job.”