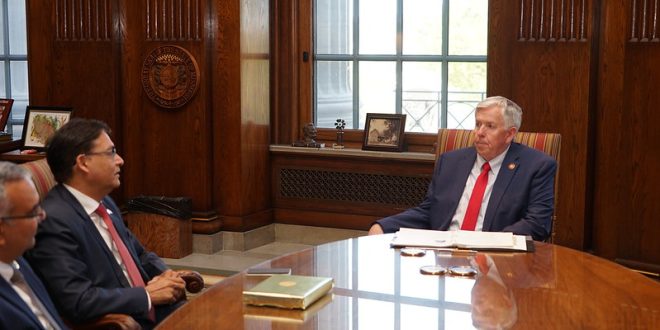 Missouri’s governor has denied clemency for a convicted murderer who admits killing an elderly couple in their DeSoto home in 1996.

The U.S. Supreme Court has also declined to intervene, which means 56-year-old Carman Deck will be executed by lethal injection this (Tuesday) evening at the state’s maximum-security prison in Bonne Terre.

Governor Mike Parson describes the murders of James and Zelma Long as “heinous execution-style murders.” Both victims were shot in the back of the head. The governor says Deck has admitted to the murders in verbal, written and recorded statements to law enforcement.

“Mr. Deck has received due process, and three separate juries of his peers have recommended sentences of death for the brutal murders he committed. The state of Missouri will carry out Mr. Deck’s sentence according to the court’s order and deliver justice,” the governor says, in a written statement.

The group “Missourians for Alternatives to the Death Penalty” says Deck has been incarcerated for two decades, and that executing him will not undo the harm he caused years ago. They’ve written an op-ed, which says Deck was physically and emotionally abused by his mother and a stepmother. They also say that Deck was gang-raped in a Missouri prison, while serving time as a young adult.

Tonight’s execution is expected to happen at 6 pm.