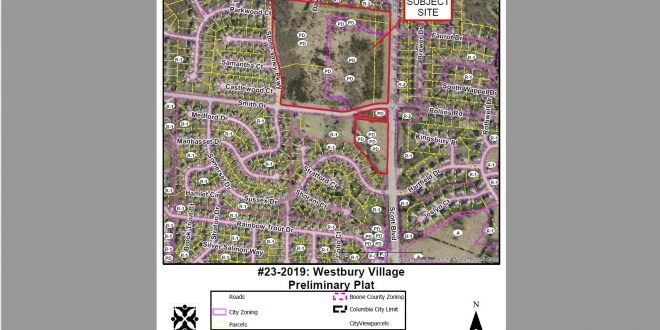 The city council has approved a controversial zoning change in southwest Columbia.

The vote on Monday night clears the way for the 45-acre Westbury Village development just off Scott Boulevard near Smith Drive. The developer can now build businesses like convenience stores and restaurants, to go with new homes.

It’s in Councilman Ian Thomas’s ward. He cast one of the votes against it, saying the people who live near the development did not have much real input.

“We don’t need another gas station in Columbia. We don’t need these drive-thru businesses. We need to be reducing our automobile dependence. You’ve heard it: traffic is the thing that drives everybody mad,” Thomas said.

Karl Skala and Betsy Peters cast the other votes against the measure that passed 4-3.

Councilman Michael Trapp says we need more grocery stores and other services in that part of town.

“They’re pulling off a pretty good-sized commercial development that is going to generate the tax dollars that’s going to provide for the services that are going to serve this development,” Trapp said.

The developer will be kicking in some money to pay for the infrastructure it will need. Mayor Brian Treece says the developer has more good ideas than bad.

“This is the first major development under that [unifed development code] and I want to get it right. I don’t want to immediately back up and do something that allows us to revert back to that old system,” Treece said.

The city council approved a new unified development code in 2017 to help clarify what developers can and cannot do in town.

Share
Previous Trump to call for unity, face skepticism in State of Union
Next WAKE UP COLUMBIA TUESDAY 020519