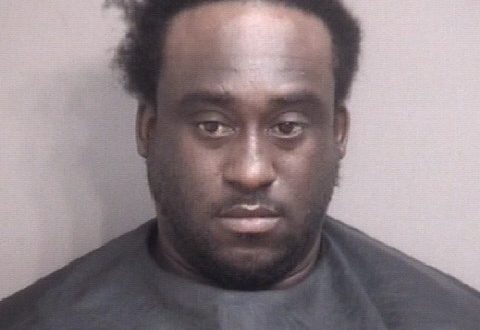 A Boone County judge has denied bond for a Columbia man charged with shooting at a Casey’s convenience store employee on Clark lane on Saturday morning, then throwing the gun from a moving vehicle near Hardee’s on Paris road.

38-year-old Quintin Gilmore, who’s being held in the Boone County jail, made his initial court appearance via video from jail on Monday. He’s charged with four felonies: first degree assault, armed criminal action, discharging a firearm from a motor vehicle and tampering with physical evidence.

Saturday morning’s incident drew the attention of 939 the Eagle listeners who saw a police presence at the Casey’s on Clark lane and later at the Hardee’s on Paris road, which is about a mile from Casey’s.

The Columbia Police Department’s probable cause statement says the incident started at about 9 am Saturday, after Gilmore allegedly threw a drink at a Casey’s clerk after arguing with her. The clerk followed him outside, where the argument continued. As the clerk tried to get video of Gilmore, he allegedly shot at her from a vehicle’s passenger door window, and the bullet went through her pant leg. Multiple witnesses tell police that Gilmore later threw the gun from the vehicle near the Hardee’s on Paris road.

Court documents quote Columbia Police as saying Gilmore is a danger to the community, and they believe his could repeat his alleged criminal behavior if angered. Gilmore will be back in a courtroom on November 2.