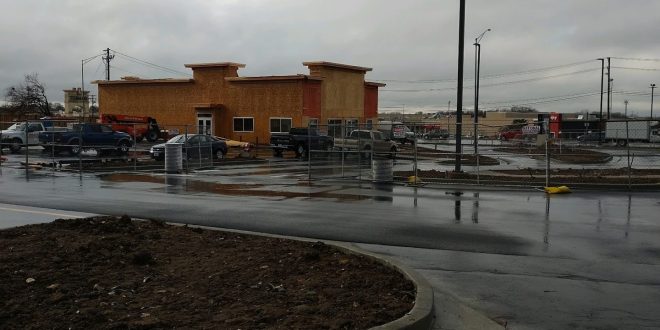 Culver's is building a new restaurant at Stadium and Bernadette in Columbia (December 28, 2021 photo from Brian Hauswirth)

Columbia will soon be getting its second Culver’s restaurant.

The Wisconsin-based company is building a new restaurant near heavily-traveled Stadium and Bernadette, across the street from Columbia Mall.

The city council has already approved the project, which involved tearing down the old Ruby Tuesday.

Culver’s has a location on Broadway Bluffs drive in east Columbia. The restaurant is best-known for its butterburgers.